The complete source for building, designing, and remodeling green homes

Understanding how ice dams form and solutions for addressing the primary causes—namely, poor air-sealing and not enough insulation 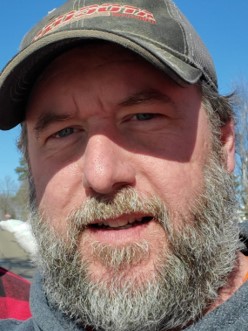 Ice dams are a common problem in many of the existing homes in my area of Grand Rapids, Minnesota, climate zone 7. In my neighborhood alone, the number of homes with this problem reaches into the double digits. I’ve noticed that the intensity of ice dams seems to change from year to year, and that this year seems to be a bad one.

Recently, I was on an ice dam–diagnostics job with an insulating contractor and a general contractor. The house was built in the early 1990s, and there is evidence of ice dams having been an issue from the get-go. We spent a couple of hours testing this home; I’ll share what we found here.

It’s simple: In areas that receive snowfall, snow will accumulate on the roof. Some mechanism (I will get into this below) causes the roof sheathing to warm beneath the snow, which makes it melt. As the liquid water runs down the roof, it meets the roof eave, which is cold, thereby causing the liquid water freeze. The ice builds up over time until it eventually forms a “dam.” Often, this accumulation creates icicles that hang on the eave, which can be dangerous.

So, what causes roof sheathing to warm? Dark-colored siding on the south-facing side of a house can create heat that moves up to the roof deck. Mechanical ventilation and combustion exhaust exiting the house out a wall near a roof eave can also create enough heat to melt snow, although, in my experience, these causes are less common; more common is forced-air ductwork located in an unconditioned attic.

By far, the biggest culprits when it comes to ice dams are air leaks at the ceiling or upper wall, attics with inadequate insulation levels—especially near the…

This article is only available to GBA Prime Members

Already a member?Log in

Get building science and energy efficiency advice, plus special offers, in your inbox.

This won't delete the articles you've saved, just the list.

You must be a registered user to access this feature.

This feature has been temporarily disabled during the beta site preview.

You must be a magazine subscriber to access this feature.