The complete source for building, designing, and remodeling green homes

This episode of the BS* + Beer show features industry leadersSteve BaczekandBen Bogie讨论话题:“处理过渡。”Steve sets the stage by noting the many applications of the word “transitions,” which leads the conversation in unexpected directions. There are the transitions we make during the course of a career; there are transitions made from architectural plans to field work; there are those that move the client, design team, and construction crew through a project; and, of course, there are the myriad transitions made when building a house—from foundation to walls to roof. Steve shares CAD drawings of a recent Larsen truss project, pointing out a number of nuanced details, with special emphasis on windows. There are a few valuable forays into the building-science weeds that include talk about transitioning between products, but Ben, Steve, show hosts, and audience end up having more of a philosophical exchange on this one.

Roof Sheathing and Window Bucks for the Potwine Passivhaus

Join us on Thursday, November 19, from 6 to 7:30 p.m. EST for a “D.C. Takeover” withDan HinesandNick Burger, co-founders of the D.C. Chapter of BS* + Beer. They will share a bit about their group—a number of who will be on the show—before getting into a discussion about the intersection between “DIY and High-Performance Building.” Most people intent on buying, building, or remodeling a house want it perform at the highest level possible but money is typically tight. Dan, Nick, and D.C. guests will answer questions such as: What are some things homeowners can do themselves when remodeling or building to boost performance while keeping the budget in check? Which jobs ensure the most bang for the buck? And what are the most effective tools for learning about or executing projects?

Dan Hinesgraduated magna cum laude from Villanova University with a bachelor’s degree in electrical engineering and a master’s degree in wireless communications. After college, he worked as an engineer and project manager for Lockheed Martin. Ultimately, he left his desk job and served two years as an AmeriCorp Volunteer doing construction with Habitat for Humanity throughout the country. He then took a full-time position as a construction supervisor for Habitat for Humanity. He now serves as project manager for Habitat for Humanity in Washington, D.C. He has led the construction of eight PHIUS-certified Passive Houses, attended and/or led eight AmeriCorp Buildathons and four Carter Work Projects. He is a PHIUS-certified Passive House builder, certified Passive House consultant, and certified EarthCraft builder. Dan also has a certification in building science and net-zero-energy design from Yestermorrow Design/Build School. He is a cofounder of the DC Chapter of BS and Beer with his good friends Nick Burger and Andrew Modley.

Nick Burgerwas born and raised in Fairbanks, Alaska, where he lived in a part stick-framed, part log house his parents built, complete with double-stud walls and triple-pane windows. But his interest in high-performance building didn’t emerge until he moved to Washington, D.C., in 2008 and started volunteering with Habitat for Humanity of Washington, D.C., where he has worked with Dan Hines and Andrew Modley for the past eight years. With D.C. Habitat, Nick has helped build eight Passive Houses for District residents. In 2018, Nick’s family built a high-performance addition onto their 1880 row house in the Capitol Hill neighborhood. In 2019, Nick, Dan, and Andrew co-founded the D.C. chapter of BS* + Beer. Nick did his undergraduate degree at the University of Southern California, and received a PhD in economics from the University of California, Santa Barbara. He works at a research think tank in Arlington, VA.

Use this link to register for The BS* + Beer Show

Because the hosts of the BS* + Beer Show all love to read, we thought we would celebrate the authors in our industry by adding a book club to the show every few months. We’ll announce the book, give you a few months to get it and read it, and conclude with a BS* + Beer Show episode where we will invite the author to join us, present, and take questions. 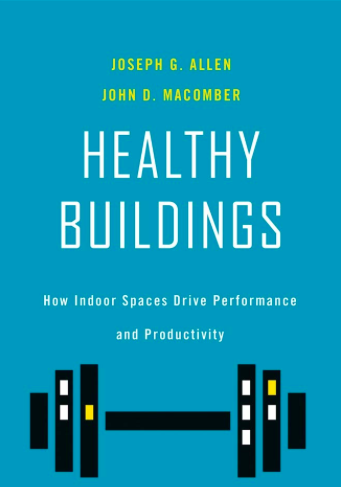 We hope you will pick up a copy and join the discussion on Thursday, December 17, from 6 to 7:30 pm.

Get building science and energy efficiency advice, plus special offers, in your inbox.

This won't delete the articles you've saved, just the list.

You must be a registered user to access this feature.

This feature has been temporarily disabled during the beta site preview.

You must be a magazine subscriber to access this feature.